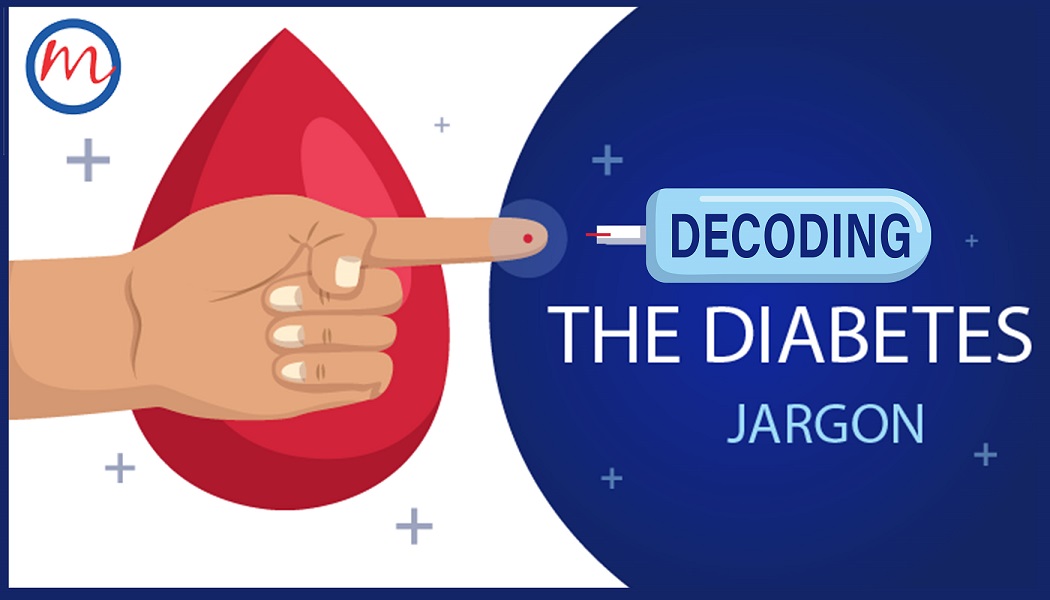 A complex disease made even more complex by technical terms. Here’s how to get on top of all the medical buzzwords

Jargon is the specialized language used by insiders in a field. The world of medicine is famous for the use of unintelligible, confusing and hard-to-understand words. Jargon make a lot of sense to doctors, for easier communication while racing against the clock. For patients, however, the technical and scientific terms make it difficult to understand a disease and its management. These are also words that they often misunderstand or feel too embarrassed to ask and clarify.

Here is a quick guide to all the difficult and abstruse words related to diabetes.

When your immune system attacks and destroys healthy body tissues by mistake. There are certain types of diabetes that belong to this category.

Cells that make insulin, the hormone that controls the level of glucose (a type of sugar) in the blood. These cells are found within clusters of cells called islets of Langerhans in the pancreas.

The sugar content (glucose) of your blood at a given time, the most important measure in diabetes. If the level goes too high, there isn’t enough insulin in the blood. If it is too low, there is too much insulin. Doctors tell you the range of blood sugar level you should have, the target, and that is the basis of managing diabetes.

Bolus secretion is the right amount of the hormone insulin released by the pancreas, after we eat, to process the carbohydrates in a meal. People with type 1 diabetes need to take a form of insulin that replicates the bolus secretion, called bolus insulin.

Carbohydrate, as you know, is one of the three main energy sources for the body, the others being fat and protein. Your body breaks down carbohydrates to get glucose, which then provides energy to the body. Carb counting is the concept of managing food intake and blood sugar for people with diabetes. It involves counting the number of carb grams in a meal and matching that to your dose of insulin. Most useful for those who take insulin several times a day.

Usually refers to a clinical condition when a person is unconscious. This is a severe emergency that can be brought about by very high or low blood sugar levels or to an immediate cause example a brain stroke or an accident.

CGM is a sensor inserted just under the skin, usually on the belly or arm, that tracks blood sugar levels 24/7, at regular intervals, translating them into dynamic data. Can alert you if your sugar levels go too high or too low.

Comes from the Greek word for sweet. It’s the basic sugar from food you eat, that your body uses for energy. As it circulates through the bloodstream to cells, it is called blood glucose or blood sugar.

A blood test used to measure the average blood sugar levels over the last three months. It helps your doctor see how well your blood glucose level has been controlled on an average.

It is also called prediabetes, when you have high blood sugar but not high enough to be diagnosed as type 2 diabetes. It means you are at higher risk of type 2 diabetes.

The hormone that helps the body use glucose by keeping the levels of glucose in the blood under control. People with type 1 diabetes don’t have this hormone; people with type 2 diabetes either don’t have it or their bodies aren’t able to use it

Both are linked to ketones, or fatty acid molecules that are made in the liver when your body doesn’t produce enough insulin to convert glucose into energy. The body starts breaking down fat for energy and ketones are produced as an alternative source of energy. The build-up of ketones can poison the body, leading to conditions like ketosis and ketoacidosis. More common with type 1 than type 2 diabetes. Ketosis happens with much lower levels of ketones, while ketoacidosis is a dangerous condition that happens with a higher build-up. Ketotic coma (diabetic coma) is an extremely dangerous state, which if untreated,  can lead to death.

The bodily system that produces hormones. Diabetes is an endocrine disorder, as insulin is a hormone.

It is one of the ways that diabetes is diagnosed. It measures the blood glucose level after fasting overnight.

Diabetes during pregnancy, when women are found to have unusually high blood glucose levels. The symptoms usually disappear after delivery. Those who develop gestational diabetes, however, are more likely to develop type 2 diabetes later on.

MDI, in brief, is the insulin regimen adopted by most people suffering from type 1 diabetes.

A term for all the nerve damage caused by chronic high blood sugar levels in diabetes. Can lead to amputations in severe cases.

Both are small, portable and self-contained devices that people with diabetes use to take insulin. Both can be used discreetly. Pens would be fitted with a pre-filled cartridge, a dial for measuring dosage and a disposable needle. The cartridge can be disposable or reusable.

Pumps are small computerised devices that mimic the way the human pancreas works. Connected 24/7, it delivers tiny doses of rapid-acting insulin around the clock through very thin plastic or metal tubes inserted just under the skin. You can press buttons to deliver extra doses at meal times.

Means post prandial, or a period of time after eating, usually recorded as 2 hours

A quick-acting dose of insulin, as part of your treatment regime, because it mimics natural Insulin spike.

When the retina (back of the eye) is damaged due to high blood glucose and vascular disease, causing gradual loss of vision

Or artificial sweeteners are often used by people with diabetes. They have fewer calories than foods made with sugar. Some recent studies, however, have found that the benefits of substituting sugar-sweetened foods and beverages with those that have been sweetened artificially may not be as helpful as once thought.

Carbohydrate that raises blood sugar levels rapidly, especially in the case of sudden hypoglycaemia. Can include sugary drinks, glucose tablets or sweets (candy).

The only way to take insulin for long, many people still use the insulin vial and syringe, consisting of a needle, a barrel and a plunger.

Anyone diagnosed with type 2 under the age of 45