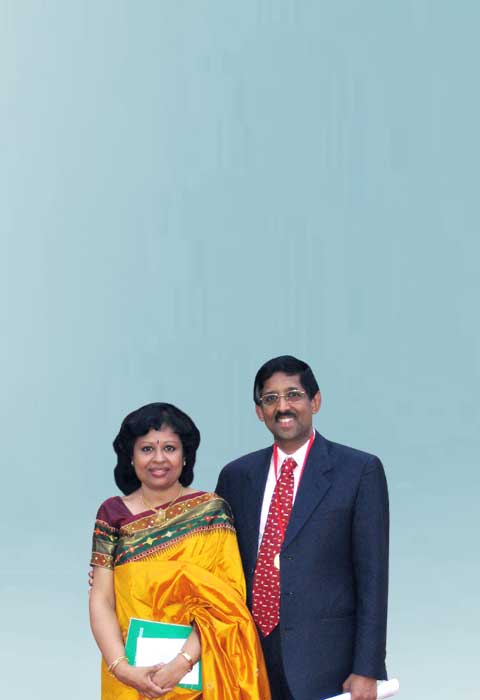 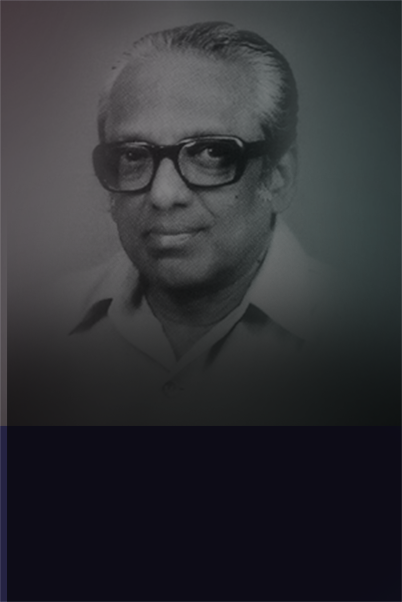 Dr. Mohan’s DSC (or M.V. Diabetes Specialities Centre as it was called then) was inaugurated by Prof. M. Viswanathan. 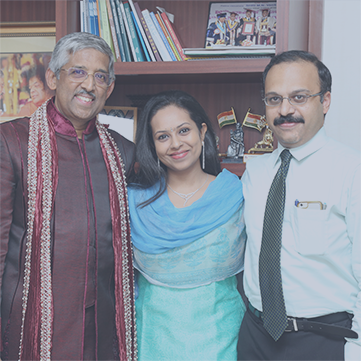 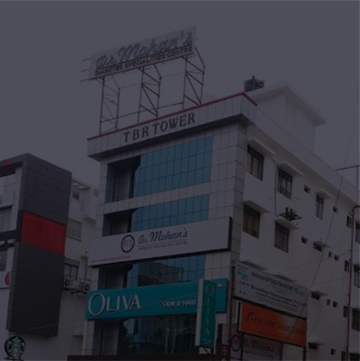 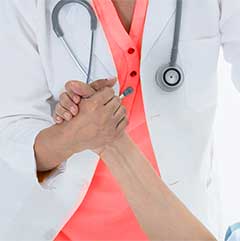 4,50,000 registered diabetes patients from across 40 centres in India
"Firsts at"
Dr. Mohan's DSC

September 1993 : Inauguration of in-patient hospitalization services at Dr. Mohan’s DSC in another rented building at Royapettah.

August 2001 : Memorandum of Understanding (MOU) signed with the Government of Mauritius for re-orientation of their NCD Programme.

November 2001: Dr. Mohan’s DSC is accredited with the upgraded version of ISO standards – ISO 9001:2000 with the scope “Comprehensive management of Diabetes and its complications”.

May 2003 : ICMR-WHO workshop on ’Guidelines for Management of Type 2 Diabetes’ to formulate comprehensive set of guidelines for diagnosis and treatment of diabetes conducted.

September 2005 : Dr. Mohan’s DSC extends its services to the state of Andhra Pradesh by inaugurating a branch at Jubilee Hills, Hyderabad. This was shifted to Domalguda to cater to the increasing number of patients in this locality.

September 2006 : Branch of Dr. Mohan’s DSC inaugurated at Tambaram in the heart of South Chennai

September 2007 : Kallam Anji Reddy Research Centre of MDRF inaugurated at Siruseri in the outskirts of Chennai.

March 2008 : Dr. Mohan’s DSC designated as the “WHO Collaborating Centre for Non-communicable Diseases Prevention and Control” by the World Health Organization (WHO), Geneva.

September 2008 : Dr.Mohan’s Diabetes Education Academy was established to train and qualify aspiring students in the field of Diabetes from India and abroad

October 2009 : Dr. Mohan’s DSC recognized as the “IDF Centre of Education” by the IDF, Brussels, Belgium.

April 2010 : NABL recertification for the laboratory; paving the way for NABH accreditation

July 2010: ‘Diabetes 2010’, an expo, the largest of its kind in India, was conducted for the sixth time to create awareness on diabetes with the theme “Take control of your diabetes now!” at Raja Muthaiah and Rani Meiyammai Hall.

May 2011: The ninth branch of Dr.Mohan’s DSC was established at Avinashi Road, Coimbatore

June 2011: Organized the first ever Diabetes Fest for Diabetes Prevention for school and college students with exciting events, which aimed at promoting the message through the adoption of healthy diet and lifestyle choices.

December 2011: A branch was established at Annanagar in Madurai – the temple city of Tamil Nadu.

January 2012: Dr. V. Mohan conferred the PADMA SHRI AWARD by the Government of India for his relentless and selfless service in the field of Medicine (Diabetology).

March 2012: A branch was inaugurated at Karapakkam in Old Mahabalipuram Road (OMR), Chennai.

June 2012: A branch was established in Gudiyatham near Vellore.

February 2013: Dr. Mohan’s Diabetes Specialities Centre bagged the ‘BEST SINGLE SPECIALITY HOSPITAL AWARD IN INDIA’ in the category “ENDOCRINOLOGY AND DIABETOLOGY” at India Health Care Awards 2012, the country’s most authoritative awards for the healthcare industry, by ICICI Lombard and CNBC TV 18. It is a great reward and recognition for our services rendered to the patients.

August 2013: A branch of Dr. Mohan’s DSC was inaugurated in Puducherry by the Hon’ble Chief Minister of Puducherry Thiru N. Rangasamy.

November 2013: Dr. V. Mohan was awarded the prestigious “Diabetes Technology Society Leadership” award at San Francisco, USA. He was the First Asian to be conferred this award.

December 2013: “The Week – Nielsen Survey 2014” ranked Dr. Mohan’s DSC as the ‘Best Standalone Diabetes Hospital in India’. This is the second year that DMDSC has received this credit.

January 2014: Dr. Mohan’s DSC is accredited with the updated version of ISO standards ISO 9001:2008 with the scope “Comprehensive management of Diabetes and its complications”.

February 2014: Dr. Mohan’s DSC is now a hub for conducting lectures for the Post-graduate Diploma in Diabetes, conducted by Cardiff University, UK.

November 2014: Branch of Dr. Mohan’s DSC was established in Bhubaneswar in the state of Odisha.

December 2014: “The Week – Nielsen Survey 2014” ranked Dr. Mohan’s DSC as the ‘Best Standalone Diabetes Hospital in India’. This is the third year in a row that DMDSC has received this credit.

April 2015: Dr. Mohan’s Diabetes Specialities Centre (DMDSC), the world’s largest diabetes centre, in association with ‘Jana Care’, launched an advanced mobile-based application (App) that will coach patients on managing diabetes and enable them to monitor and share diabetes data with their doctors.

July 2015: Dr. Mohan’s International Diabetes Update – 2015, was organized the second time to enhance expert knowledge in the field of diabetes

May 2016: Dr.Mohan’s Care Providers (DCP), an integrated system of extended care given to new patients, was launched. The DCP liaisons with the patient to improve care and reduce complications.

May 2016: Diabetes Care at their doorstep of the patient (Home care services) was initiated, which was established to provide services to the patients who are unable to travel.

June 2016: Brightness scan Ultrasonography (B-Scan) test was initiated at Gopalapuram centre. It is mainly an indicator when retina cannot be visualized in patients with cataract and/or vitreous hemorrhage. It helps to evaluate if retina is attached or if a detachment is present.

July 2016: Dr. Mohan’s International Diabetes Update was held in association with the Dr.Mohan’s Diabetes Education Academy for the third time.

August 2016: A new branch was established in Vijayawada, Andhra Pradesh and in the sub-urban region of Chennai, namely Selaiyur.

September 2016: 25 years journey was commemorated during the silver jubilee celebrations by honoring legends in the field of medicine for lifetime achievements, felicitating diabetes ambassadors, adoption of 25 villages

October 2016: First branch of Karnataka was launched in Indira Nagar, Bengaluru, the Garden city of India.

December 2016: Branch at New Delhi, the Capital of India, was successfully launched at Kirti Nagar, while the second branch of Karnataka was inaugurated in JP Nagar, Bengaluru.

January 2017: A new branch was established in Thanjavur, the Rice Bowl of India.

March 2017: Two branches of Dr. Mohan’s DSC was inaugurated, one in Mysore and the other in the coastal city of Mangalore.

April 2017: Branch of Dr. Mohan’s DSC was inaugurated at Lucknow.

June 2017: Branches were inaugurated at Cochin, Kerala, at Velachery, Chennai, and at Malleswaram, Bengaluru.

July 2017: Dr. Mohan’s DSC branch was inaugurated in the outskirts of Bengaluru at Whitefield and at Tuticorin which is also known as the Pearl city.

July 2017: Dr. Mohan’s International Diabetes Update-2017 was held for the fourth time at Chennai. This was held in association with the Dr.Mohan’s Diabetes Education Academy.

August 2017: DMDSC branch was launched in the port city of Visakhapatnam in the eastern coastal region of India

October 2017: A new branch of DMDSC was launched in the central part of Hyderabad at East Marredpally.

October 2017: Ambulatory BP monitoring has been introduced in the IP of Gopalapuram. This is a continuous blood pressure monitoring machine to determine the BP of the patient every 10 minutes for duration of 24 hours.

November, 2017: National Accreditation Board for Hospitals & Healthcare Providers (NABH), which is a constituent board of the Quality Council of India (QCI), has accredited Dr. Mohan’s Diabetes Specialities Centre, Gopalapuram, for the Entry – Level requirements.

November, 2017: A special campaign “Lets Defeat Diabetes”, was held at Chennai with an aim to educate public on diabetes and motivate them to take up the pledge on diabetes.

February 2018: Branch of Dr Mohan’s DSC was inaugurated in A S Rao Nagar of Hyderabad to facilitate the patients hailing from its surrounding locations

May 2018: Branches of Dr Mohan’s DSC inaugurated at Rajahmundry in Andhra Pradesh and Kanchipuram, Chennai.

May 2018: Hospital Information System (HIS) software, HINAI, was initiated at branches which replaces the existing DEMR and is much advanced in networking, security and data management.

July 2018: Dr. Mohan’s International Diabetes Update-2018 was held for the Fifth time at Chennai. This was held in association with the Dr.Mohan’s Diabetes Education Academy.

May 2018: Branch of Dr Mohan’s DSC inaugurated at Trichy in Tamil Nadu .