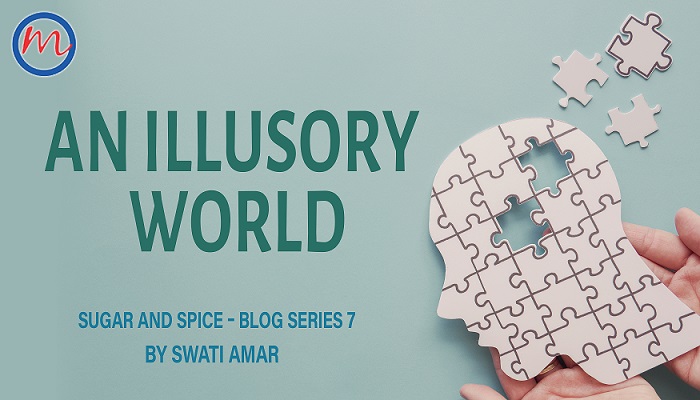 As a mother and one who had studied psychology, my intuition told me our firstborn was a very sensitive and gifted child who needed special care.  Gifted individuals fall in the 2% population range of the IQ Bell curve and among various other exclusive cognitive functions and personality traits; they have high expectations of themselves and others and are characterized by idealism and a sense of justice. This illusion of the existence of an ideal world was to pose immense challenges to little Niky because she was not only different when compared to other children of her age, but she was also very innocent and naïve.

When Mrs. Tirth, class teacher of Class II, Indian Language School, Ilupeju, Lagos, sent word for me, I thought it was for a casual chat. Niky had been admitted to one class higher than others of her age group, after a test. I was a little surprised when the teacher brought to my notice that my girl had replaced her answer sheet with that of her neighbor.  Upon asking, she denied that she had done anything. Why would she exchange her answer sheet with another child, who had got 77% when she had obtained 99%? The absurdity of the situation was so apparent and I pointed it out to the class teacher. It later came to light it was the bench mate who had quietly exchanged the answer sheets.  This little incident was a red flag that the trusting nature of my child would continuously place her in difficult circumstances and hence constant stress, throughout her life.

Meanwhile, our second-born, Chinky was a bright and active child who looked up to her sister and insisted on going to school just like her. She was learning from her sister and was developing fast on her learning as she was inherently astute and a smart child. Those were the days when the little princesses used to watch Mary Poppins and Sound of Music tapes at home and Niky was creating a world of fantasy and fairy tales in her mind. Her voracious reading habit, especially fairy tale books and stories for children helped hone her language skills, which were promptly passed on to her little sister, who was her ardent fan and follower ( to be taken literally).

To our consternation, we noticed that Niky was developing knocked knees again and when we visited Chennai during the next summer vacation, we took her to the doctor who had operated upon her. This time he did not speak a word, but called his secretary and dictated a letter that fixed a date for another surgery. I was angry that he had not consulted with me and took the letter without a word. This time l decided to consult another orthopaedic surgeon and we found a senior doctor who had attended to former Chief Minister of Tamilnadu. He examined the little girl and said that the first surgery had been unwarranted. For the condition that was medically termed as genu valgum, usually, corrective shoes were prescribed and only by 14 years, if the correction was not achieved and bone growth was complete, a surgical correction was performed. Due to the earlier surgeries on two different days, the previous doctor had not corrected both the legs equally. Hence this doctor advised that the child should wear calipers for a few months and also splints in both legs during nights when she slept, which might be able to correct the deformity caused by the erroneous surgeries by the earlier doctor.

This involved several visits to an orthopaedic store in the outskirts of Chennai, to get the shoes as well as the other prosthetics made for her. It was heart-rending to tie splints around both her legs during nights as the child could not bend her legs while sleeping. Once we reached Lagos, to our dismay we found that it would be difficult for her to climb the stairs with calipers as her next class was on the first floor. So we decided to do away with the calipers. But the fact that Niky had to wear these contraptions caused a lot of stress for her and for us because it was difficult for us to see an active child like her struggle with the restraining and painful prosthetics.

It was about a year and a half since we came to Lagos.    Times were getting tougher in Lagos, with political and civic strife and sudden riots erupting in the city. One day, on his way to the office, my husband’s car was intercepted by rioters who tried to set the car on fire, but somehow his driver maneuvered the car and they escaped. After a few days, I got up with a very strange whistling noise in my ear, which wouldn’t stop. Following a few visits to the Indian lady doctor Lalitha, my husband decided it was time for me to go back to India with the girls and he would follow suit after wrapping up his work. We returned to India in April 1994. I stayed at my father’s house with my children. Around this time I started developing several other symptoms and I would relate them to the stress I was undergoing due to the difficult circumstances we were placed in. Having two small children was not any help either, especially when the expectations of adult family members were different. My husband left the job and soon joined us. We looked for a flat and shifted with the children.

By then I was visiting several doctors and one neurosurgeon advised that I take an MRI scan. I kept postponing in the hope that my husband would soon find a job and we can then afford to take the scan. I had developed a very painful symptom called trigeminal neuralgia that sent shock waves across my face frequently. I was given medicines that knocked me off to sleep the minute I had them. I took the medicines after sending the girls to school. Little did I realize my suffering was creating an intrinsic and imperceptible, but very intense reaction in Niky.