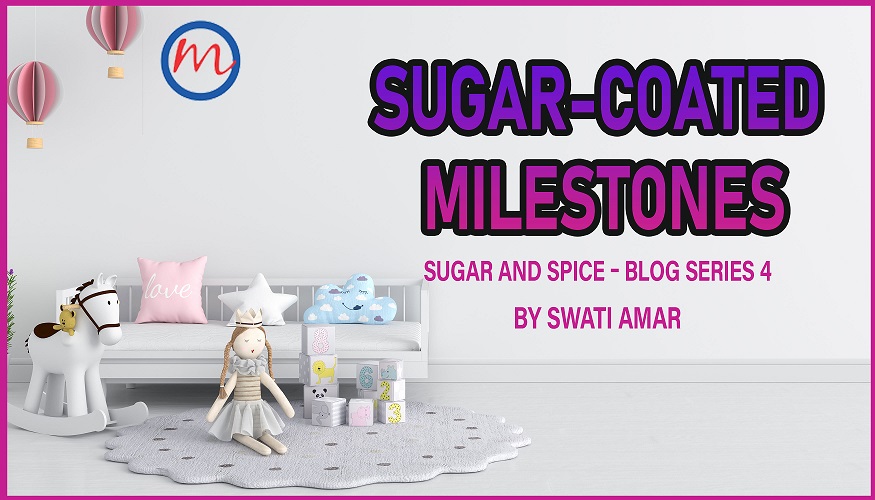 When we held our petite princess in our hands little did we realize this soft and tender bundle of joy would have to tread a thorn-ridden and rocky terrain when the vista of life unraveled before her.  Our princess was a healthy and robust baby of 3.75 kg at birth and had a lot of surprises in store for my husband Amar, and me.

I had shifted to Kolkata from Delhi and joined the Foreign Department of State Bank of India in Park Street. We organized a care-taker for our baby who was now keeping us enthralled with her galloping milestones. By about six months she was sitting, having skipped the crawling stage, and in about 8 months she could stand, holding on to something. She had also started babbling and saying words before her tenth month. She had not teethed yet and I remember the humorous incident when I went to her pediatrician Dr. Chatterjee, a renowned and enormously respected doctor in Kolkata. 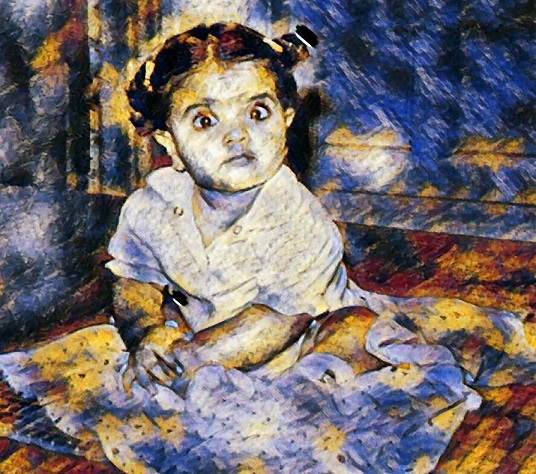 I challenged him that our daughter’s milestones were rapid and yet she had not cut her tooth, while other children her age had long since cut their first tooth. When I expressed my concern, he asked me, “Have you ever seen a human being without teeth?” and that shut me up! She cut her first tooth after she had started walking and talking, well beyond her first year!

By her tenth month, she was walking a few steps and when she was a year old, she was walking and running and was already speaking full sentences! Amar and I were so wonderstruck, watching her extraordinary milestones that we were not surprised when he taught her name of things and colors successfully, even before she was one. And the most magnificent milestone was that by the time she was about 15 months, she could count from 1 to 100 in three languages in ascending and descending order and knew about 25 nursery rhymes which we promptly recorded!

We were so engrossed watching her grow that we did not think these were unusually rapid milestones for a child and that she had powerful cognitive capabilities, including remarkably advanced memory, strong intuition and probably ESP (extra-sensory perception)!

If only life had been a little kinder to this extraordinary infant, she would have turned out to be different! For an infant endowed with advanced perceptive abilities, over- excitabilities and memory power that stored up everything she could see, hear, feel and perceive, raging storms that constantly blew in her young life, created by external circumstances, made her dodder under the burden of the punishing rigors her small brain could process.

Alongside these amazing milestones, we also discovered that the hot and humid climate of the city of Kolkata did not suit her. She developed constant chest congestion, colds and fevers and had to be put on a course of antibiotics almost every month. We also brought a live-in care-taker from Chennai and shifted our residence to a new area. By the time our baby was two we put her in a school which was just about a hundred meters from our home.

This was because Niky, as we fondly called her, was already reading ladybird storybooks and we thought it would be a great idea to start her early.  We were under an illusion that we had fairly settled down into a routine when we were in for the rudest shock that would awaken us to the stark realities of life!

I have chosen to write about the experiences that we as a family was subjected to if only to give the backdrop of how childhood trauma may lead to extreme stress in extraordinarily perceptive children and probably trigger autoimmune conditions like type 1 diabetes, rheumatoid arthritis, etc. The interplay of Nature and Nurture indeed has a role in personality development as well as in our physical and mental well-being!

Note:  In this series, I will be putting down facts and events that have happened to our daughter as a matter of fact. Anything I say in these articles are based on my own understanding and experiences and not on any scientific research.