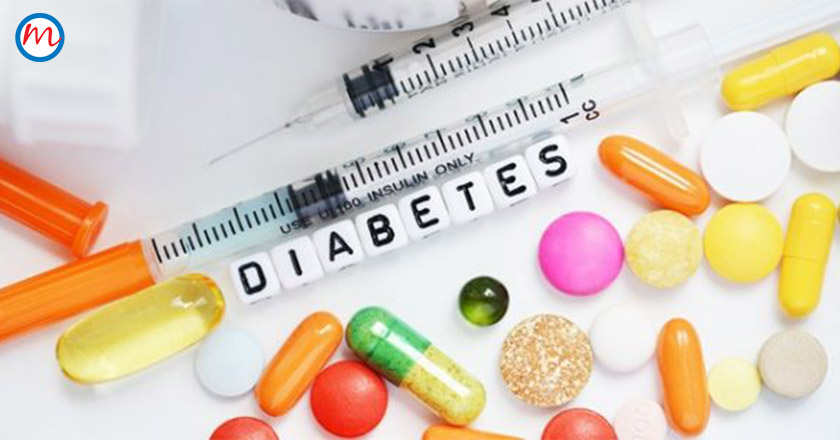 Research Articles
Why the strategy of starting diabetes treatment with combination drugs marks the beginning of a new era
December 17, 2020

Physicians have known for long that controlling type 2 diabetes is like playing a cat-and-mouse game with glucose levels, goals, ranges and targets. The beta cells of the pancreas make, store and release insulin and other hormones, to maintain glucose circulating in blood within a narrow range. Progressive decline in the function of the beta cells and a relentless rise in blood glucose are the hallmarks of type 2 diabetes.

Conventionally, treatment begins with a single drug, along with healthy diet and exercise. This is seemingly straight forward and simple, but controlling blood glucose hike becomes increasingly complicated over time. More medications are added in a stepwise fashion, when the single-drug therapy fails.

The VERIFY Trail presents a new breakthrough in diabetes therapy, that may alter diabetes treatment forever and improve the quality of life for people with diabetes. This article is based on a commentary of the VERIFY Trail. This commentary was written by Dr. D. Matthews of the Oxford Centre for Diabetes, Endocrinology and Metabolism,University of Oxford, UK. Dr. V. Mohan, Chairman of the Madras Diabetes Research Foundation, Chennai, India, Dr. Chantel Mathieu, Stefano Del Prato, Sergio Vencio, Juliana Chan, Dr. Micheal Stumvoll and Paivi Maria Paldanius and published in the medical journal ‘Diabetes Therapy’ in September 2020.

Verify and Validate
To solve this problem, the multinational VERIFY (Vildagliptin Efficacy In Combination With Metformin For Early Treatment Of Type2 Diabetes) trial started in 2012 on people with newly-diagnosed type 2 diabetes. The purpose of the five-year-long study was to investigate if early treatment with two glucose-lowering drugs—instead of the conventional stepwise approach—can slow down the worsening glucose spiral. The results, out in 2019, showed that the new strategy was as well tolerated as the current system, highly effective in controlling glucose levels and made the addition of insulin as the final option avoidable for a longer duration of years.

A New Breakthrough
The VERIFY study has led to the American Diabetes Association (ADA) and European Association for the Study of Diabetes (EASD) to suggest that healthcare providers engage their patients in making shared decisions on using the combination therapy when type 2 diabetes is diagnosed. As ongoing research unfolds, there is hope that the evidence and changes in the management guidelines will help physicians and multidisciplinary teams take future steps in the evolving management of type 2 diabetes.

Metformin Monotherapy
The standard of care for first-line drug therapy has been metformin monotherapy, with lifestyle modifications, followed by a stepwise treatment intensification to achieve favourable HbA1c targets (below 7%). Yet, for most patients with HbA1c around 8–8.5% at diagnosis, metformin monotherapy does not lower HbA1c sufficiently to achieve this target. What’s more, once diagnosed, many people with diabetes experience one treatment failure after another, often due to delayed intervention. In a substantial number of people with newly-diagnosed diabetes, physicians fail to intensify therapy within six months of failure of metformin monotherapy.

What Clinical Inertia
Sometimes, people with diabetes have difficulty understanding the importance of glycaemic control. Sometimes, they have unrealistic expectations that the condition will resolve spontaneously, rather than progressively worsening over decades. The wait- and-watch approach of the stepwise treatment modality also creates uncertainties for the physician, who may therefore become indecisive. This is called as clinical inertia—a failure to initiate or intensify treatment in a timely manner clinical inertia —is common and often exposes patients to long-term elevation of HbA1c, impacting the prognosis negatively.

Need of The Hour
A range of studies have been pointing out the problems of using monotherapy alone. The UK Prospective Diabetes Study (Lancet, 1998) has been one of the earliest to show that monotherapy does not provide long-term, stable blood glucose control. Yet, until recently, practice guidelines have indicated initial combination therapy only for those newly-diagnosed cases where HbA1c levels would be more than 8.5 over cent. A combination therapy, using two drugs with complementary modes of action, capable of targeting different physiological abnormalities, is increasingly being seen as the urgent need of the hour: for optimal blood glucose control, prevention or slowdown of beta cell failure, altering the progressive course of the disease, having longer periods of stable HbA1c levels, avoiding the need for intensive drug regimes and reducing the risk of chronic complications.

The VERIFY study: Profile of patients
The question posed by VERIFY was simple: would initiating treatment in newly diagnosed patients with combination therapy (in this case metformin plus vildagliptin) lead to durable glycaemic control over five years, compared to an initial metformin protocol?

The metformin–vildagliptin combination was selected for its established safety profile and the complementary mode of action of its two main components: vildagliptin stimulates beta-cell function, while metformin increases the body’s sensitivity to insulin. Both the drugs reduce glucose production in the liver (which increases blood sugar in people with diabetes.)

VERIFY enrolled patients with the following profile: age 18–70 years, diagnosed with type 2 diabetes within 24 months; HbA1c of 6.5–7.5 per cent; people who were not on metformin or not on it for a maximum of four weeks. The study was notable for its ethnic, gender, regional and socioeconomic diversity: 40 per cent patient sample were non- Caucasian people and over half of them were women.

Window Of Opportunity
As the first large-scale prospective study of its kind, VERIFY offered a unique opportunity to examine the benefits of early success in the type 2 diabetes setting: