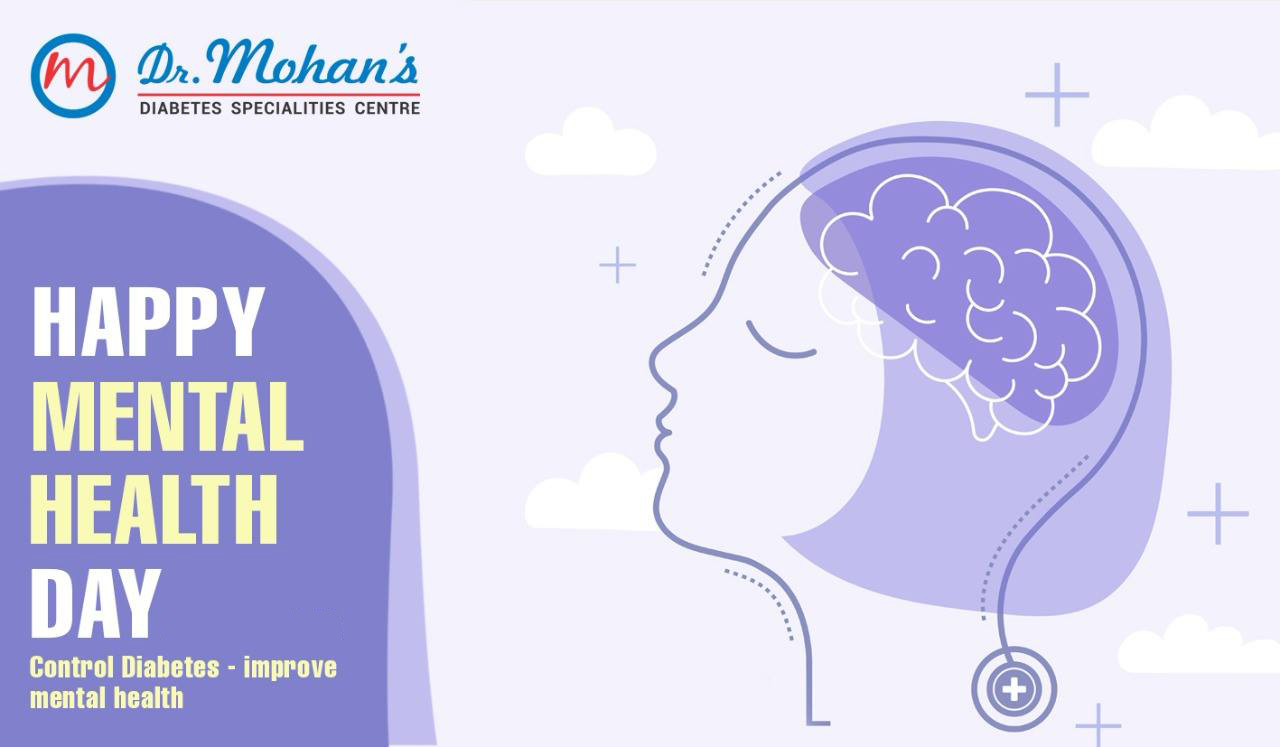 Why The Need Of The Hour Is A New Care Model For Both Depression And Diabetes: New Research In The Time Of Covid-19
October 12, 2020

Today is the World Mental Health Day. It comes at a time when our daily lives have changed beyond recognition, as Covid-19 sweeps the world.  Every day brings unexpected news, unprecedented events. While everybody is experiencing social isolation, for people with mental health conditions this is a remarkably isolating time. The World Health Organization expects the need for mental health support will increase in the coming months and years. That is why the goal of this year’s World Mental Health Day is: “Move for mental health—Increased investment in mental health.”

COVID, DIABETES AND DEPRESSION
Patients with diabetes have been in the spotlight since the early stages of the Covid-19 pandemic. On the one hand, having type 2 diabetes increases your risk of severe illness from the infection. On the other hand, new-onset diabetes and severe metabolic complications of pre-existing diabetes have been observed in patients with Covid-19. As evidence relating to the impact of Covid-19 in people with diabetes continues to emerge, it appears to contribute to worse diabetes outcomes due to disruptions caused by the pandemic—from stress and changes to routine care, diet, and physical activity.

A KEY MISSING LINK
In general, few people understand the links between chronic conditions like diabetes and mental health. That people with diabetes are more prone to mental health issues than the general population. People with chronic conditions like diabetes are twice as likely to experience mental health issues, such as depression. Research shows that stressful environments easily exacerbate both diabetes and depression. Adherence to treatment can worsen when people are distressed or have depression, as seen both during and after disasters.

EXPERTS ARE WORRIED
Experts are worried that the scale and magnitude of disruption in the wake of the Covid-19 pandemic is likely to increase the risk of depression and anxiety, as well as, lower the likelihood of clinical monitoring of cardiometabolic parameters many times over. For those who may not know, cardiometabolic parameters are vital statistics associated with heart disease and diabetes: for instance, body mass index, waist circumference, HDL cholesterol, systolic or diastolic blood pressure, fasting blood glucose, insulin resistance.

THE INDEPENDENT STUDY
Today is the day to revisit the INDEPENDENT study. Published in the prestigious Journal of the American Medical Association (JAMA) in August, 2020, the INDEPENDENT (an acronym for Integrating Depression and Diabetes Treatment) the study is the result of an international collaboration between: the Emory University, US; the Madras Diabetes Research Foundation; the All India Institute of Medical Sciences; the University of Washington, Seattle, US;  the Helmholtz Zentrum München, Germany; the Endocrine and Diabetes Centre, Visakhapatnam; the Andhra University; the DIACON Hospital, Bangalore. The study has brought to light a new type of low-cost care model, that can address both depressive symptoms and diabetes.

THE FOUR CLINICS
The study was conducted on about 400 patients, with poorly-controlled diabetes and depressive symptoms. The participants attended four diverse, urban diabetes clinics in India: the All India Institute of Medical Sciences in Delhi, the Dr Mohan’s Diabetes Specialities Centre at Chennai, the Diacon Hospital in Bangalore and the Diabetes Centre, Visakhapatnam. Of them, about 200 participants received usual care, while the rest—or the intervention group—was given an integrated, collaborative care. The study was conducted for over two years.

THREE LAYERS OF CARE
To begin with, each site had a team, with a care coordinator and two consulting specialists—a psychiatrist and a diabetologist—who supplemented usual care by diabetes physicians. The participants of the intervention group received 12 months of self-management support: first, from non-physician care coordinators; second, decision support functions via electronic health records; and, third, specialist case reviews. This was followed up for an additional 12 months, without any intervention—to test the strength of the study. The researchers found significant improvements in depressive symptoms as well as cardiometabolic indices in the intervention group.

ALLIED HEALTH CARERS
The focus of the integrated, collaborative care model was on self-management support for both diabetes and depression in the intervention group. For this, the first line of support came from the care coordinators, professionals from allied health fields—like nutritional counselling and social work, but not mental health management. They received training to help patients adhere to diet plans, exercise, medications, tobacco cessation, and follow-up visits with physicians. Every 2-4 weeks, they got in touch with patients. And at this time, they administered the depressive symptoms questionnaires, reviewed blood glucose and/or blood pressure, and provided counselling.

THE EXPERT ENGAGEMENT
The researchers designed a decision support electronic health record system into the clinic workflows of diabetes physicians. It had patient characteristics, depressive symptom scores, and laboratory data. The care coordinators also used the system to record interactions with patients, track process and outcomes. This provided key inputs for the third layer of collaborative care: caseload review meetings of experts every 2 to 4 weeks, to develop consensus recommendations for patients whose depression and/or cardiometabolic indices were poorly controlled.

BEFORE AND AFTER
Participants in the intervention and usual care groups had similar characteristics: average age was 52.7 years, about 41 per cent were men, 85 per cent were married, 23 per cent had more than high school education, and 18 per cent had health insurance. They had diabetes for about 8 years on average, 34 per cent used insulin, about 7 per cent had pre-existing heart disease and 54 per cent had previous diabetes complications, like, damage to eyes, kidneys and nerves. The average depression score (SCL-20) among them was a low 1.3 and depression severity on the PHQ-9 scale was a moderately severe 13.2. Their cardiometabolic scores were: HbA1c of 9.1 per cent; blood pressure, 132/80 mm Hg; LDL cholesterol, 101.0  mg/dL; body mass index was 26.8 and about 7 per cent were current smokers.

THE SALUTARY NUMBERS
The research results found that, compared to patients under conventional care, depressive symptoms had improved in the intervention group over the first 12 months, with relatively moderate use of medications. And continued to improve further over months 13 through 24, despite no intervention. There was about a 50 per cent reduction in this group of depression scores and at least one of the following, indicating improvement in cardiometabolic scores: reduction of at least 0.5 percentage points in haemoglobin A1c reduction of at least 5 mm Hg in systolic blood pressure, or reduction of at least 10 mg/dL in low-density lipoprotein cholesterol at 24 months.

A MODEL FOR THE FUTURE
Depression is highly prevalent worldwide, but only 1 in 10 patients receives adequate treatment, thanks to shortages of mental health professionals (psychiatrists, psychologists, therapists). In India, access to mental health care is exceedingly limited, with just 0.3 psychiatrists, 0.8 mental health nurses, 0.1 social workers, and 0.1 psychologists per 100,000 population. To address the growing burdens of co-morbid conditions (like, diabetes and depression), the WHO has endorsed integrated care as feasible and efficient to increase access to mental health care and improve outcomes globally.

IN THE PATIENTS’ HANDS
The objective of this study was to develop and examine how effective and sustainable a collaborative care model for both diabetes and depression would be in India. It was driven by patient support and empowerment. The intervention was adapted from earlier evidence-based models: first, a 2010 trail on patients with depression and chronic illnesses from Washington School of Medicine, Seattle, US; the second, a 2016 collaborative care trial on cardiometabolic parameters of people with diabetes from Emory University, Atlanta, US. Culturally tailored, the current study aimed to investigate sustained health effects of self-management without continued clinical exposure.