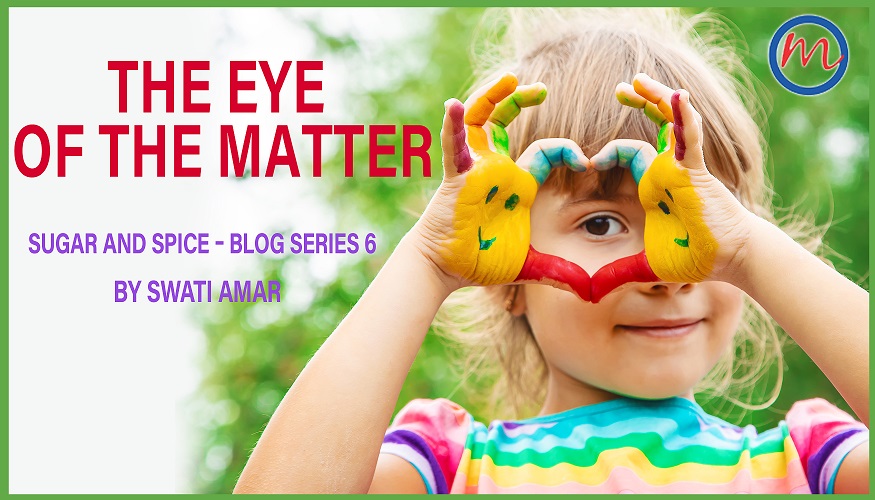 Following the traumatic experience of the suicide attempt of our daughter’s care-taker and its aftermath, we decided to leave Kolkata, if only to help our child forget the incident. My husband found a job in Bengaluru and we decided to relocate soon. While in Kolkata, during one of our doctor visits to get our daughter treated for her fever and cold, the pediatrician drew our attention to the ‘knocked-knee’ that our daughter was developing and asked us to get her examined by an orthopedic doctor and we planned to do this after the relocation.

I was advised by the same doctor that probably a sibling would be better for my child who seemed lost and confused. We moved to Bengaluru in the hope that probably the relocation and the arrival of a sibling might change things for our daughter, Niky. The plan was to have the second child in Chennai. During my visit to Chennai for delivery, we got Niky examined by an eminent orthopedic surgeon. To our consternation, he advised immediate surgery for her knees saying that if left untreated, it would affect her spine and permanently damage her posture as well as movement. Despite the fact that my due date was near, we immediately admitted Niky to a prominent hospital this doctor visited. However, the surgery did not go as scheduled as the child came to after one knee was operated on. The doctor, known for his vile temper, stomped out of the operating theatre and ordered us to prepare the child for another surgery in two days. My husband Amar and I were desolate and grief-stricken. We spent time explaining to the child who was in severe pain that one more surgery had to be performed. The poor child agreed, trusting us completely!

After the second surgery, we brought the child home, with both her legs in plaster cast. For two months, she had to stay in the cast. In the meantime, I was admitted to the hospital for delivering my second daughter, Chinky, following a Caesarian section. When I brought the baby home, Niky watched her baby sister from afar, her legs still in the cast and she later limped to the bed to have a closer look at her infant sister. There was wonder in her eyes!

We returned to Bengaluru after the cast was removed and Niky resumed her school. She became the favourite of her class teacher who loved the child very much. One day, this teacher informed me that she thought Niky was short-sighted because she kept rushing to the blackboard every time the teacher wrote something on the board.  I took her to an ophthalmologist. She could read every alphabet in the eye-chart without much effort. The doctor then did a computer examination and to our amazement, he found that she had a Minus 8, which is high myopia or short-sightedness! We were surprised how she was able to read the chart and he decided to repeat it. Yet again, she read every letter correctly. I then asked her how she was able to read with such perfectness, to which she explained that she had read the chart when we had entered the room. Her memory had helped her remember the correct order of the alphabet in every line!

At four, Niky started wearing spectacles for high myopia and astigmatism. She started taking interest in drawing and painting. She had won her first prize for storytelling while in kindergarten in Kolkata, narrating a story by Rabindranath Tagore. In Bengaluru, she was winning prizes in drawing as well as story writing. She was deeply attached to her sister. We soon relocated to Lagos, Nigeria, where my husband got a job. We were looking forward to some reprieve from the constant stream of stressful events that assailed us. Amar had left for Lagos in April 1992. With hope and optimism, I landed in Lagos in  August 1992 with both the girls.