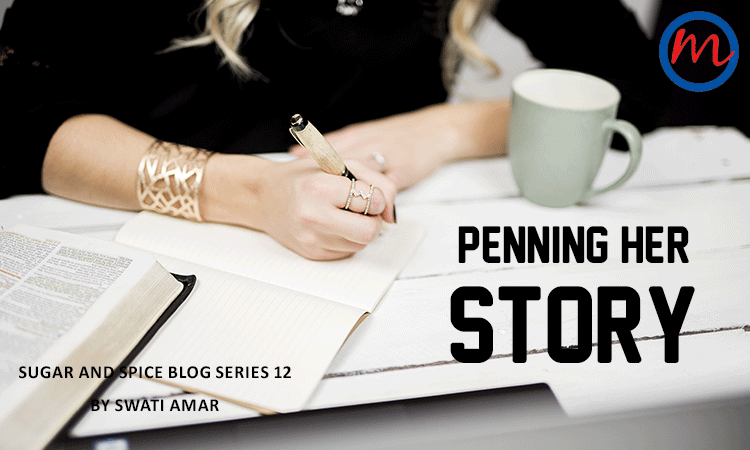 Deeply upset that her class boys were running away from her whenever she attempted to move around in class, Niky sought a creative way to give vent to her feelings and sense of injustice by writing a humorous piece called “The Mixed Bag’, which brought out the realities of the gender equation that existed in schools. It was published in Youth Express, a niche centerspread of The New Indian Express. Niky was very happy about the recognition she received for her writing.

However, some classmates who read the piece went and complained to the same bigoted class teacher who had earlier supported the abusive boy. She informed the school principal and I was asked to meet him.  I believed he had called me to congratulate our daughter whose article had been published in a newspaper. However, the principal complained about the stance the article had taken and warned me that as parents we should ‘domesticate’ our daughter who was going out of hands. I was outraged and queried, “As in domesticating a cow?” I gave him a good piece of my mind, objecting to the sexist remark he had made. He probably realized his folly and let go of the entire issue. But it did leave a lasting impact on us as a family, about the gender prejudices rampant in our society.

Niky’s journalistic career started at school when she was fourteen. Earlier her stories were being published in children’s magazine since she was eight. It was just before Diwali when Niky was in Class VIII and I fell ill when I was writing Diwali stories for The Hindu newspaper, which I was regularly writing for. I had completed my stories but the editor came back to me for a general feature on Diwali and wanted it immediately. I told him I was unwell but our daughter had just begun writing for newspapers and asked him if she could try. He gave the go-ahead and was very happy with her story. Since then she became a regular in The Hindu and soon started writing for The New Indian Express, India Today etc. She started doing interviews with celebrities like A R Rahman, Sachin Tendulkar, Singer Sunitha Sarathy, eminent Carnatic musicians, artistes and many others for The Hindu and India Today

Niky started taking interest in music and we engaged a master to teach her Carnatic music. She also learned Hindustani classical music from another teacher. That was the time when television channels in the south had begun showcasing music programmes in which children participated. Little did we realize that these programmes are ‘fixed’ and what we see on the television screen is not what really happens.

I had taken Niky to take part in a music programme in Raj TV after speaking to one of the heads there about her health condition and with a request for breaks for her snacks. We went early in the morning carrying a bag of food and water. After waiting till evening, finally, the shooting for her episode commenced, with three other kids. Singer S P Sailaja was the judge. When the shooting was about to begin, we saw a girl, a former winner of the same programme, alight from a car and enter the venue. She came to the shooting spot and took a place, as though she had been instructed to do just that. S P Sailaja then asked Niky to leave the stage. Niky was distraught as she had sung very well and was confident of winning a prize. I went to Sailaja and challenged her. She said that Niky was singing off-key and therefore she could not participate. After an entire day of waiting in a cramped and dark studio and struggling to eat her snacks and drink water, we returned home at night disillusioned and distressed. This incident was to later decide the path she would choose to tread in the years to come.

I had an opportunity to interview the late music director Mahesh Mahadevan who asked to see Niky when I told him about her musical talent. He heard her sing and appreciated her talent. But he also told me that time will decide whether she will take up writing or music. It is no surprise she decided to take up writing as her career. She probably believed that there is more respect to be gained there.

In the midst of all these pursuits, Niky was being hospitalized frequently following hypoglycemic episodes, some infection or an illness. We were visiting a voluntary hospital for her treatment. But our experiences there did not give us the confidence that we could manage her diabetes well, if the infrastructure, as well as treatment procedures, should be the same everywhere.  Niky’s management of diabetes would change for the better a few months down the line when I would meet Dr. V. Mohan for a press interview.