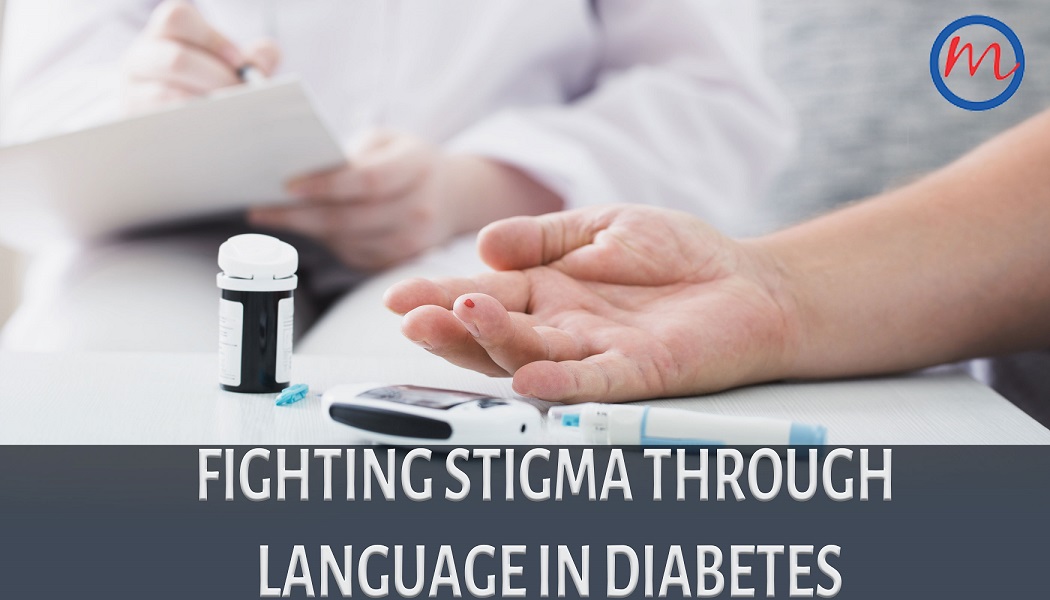 The word stigma stands for “a mark of shame or discredit” in the dictionary. And nowhere is the perception of stigma more prevalent than in the world of health and disease. A prime example is the Covid-19 pandemic. Fear, anxiety, confusion and lack of knowledge are provoking social stigma all over the world, putting healthcare workers and patients at risk: isolation, ostracisation to violence.

There are a number of diseases that are stigmatised – mental disorders, AIDS, venereal diseases, leprosy, disability, cancer to diabetes. According to findings from research into illness-related stigma, from active discrimination at work or in social life, people who have such diseases are discriminated in the healthcare system, receive much less social support and have grave difficulties in organising their life. Their immediate and even remote families often experience significant disadvantages.

The main vehicle of stigma is language: verbal, written or non-verbal body language. The way language is used (often by healthcare professionals) has a profound impact on how people living with various illnesses, and those who care for them, experience their condition and feel about living with it day-to-day.

It is the irresponsible use of language that can damage, hurt, reinforce negative stereotypes, undermine self-care as well as familial and social care. And, worst of all, it can have a detrimental effect on clinical outcomes. On the contrary, the right use of language that can lower anxiety, build confidence, educate and help to improve self-care.

People with illnesses internalise messages from the media, from those around them, but most of all from their healthcare providers. When these messages are perceived negatively, whether it is intended or not, this can lead to feelings of shame, guilt, hopelessness and resentment. And all these make it much harder to manage a condition proactively.

Discrimination is a common challenge facing people with diabetes, too. A 2018 survey by the charity Diabetes UK reported that one in six working adults with diabetes feel they were discriminated against by their employer because of their condition, more than a third say that living with diabetes has caused them difficulty at work. A quarter of those surveyed have pointed out that they would like to have time off work for appointments and greater flexibility with respect to breaks for measuring blood glucose and taking medication; some respondents reported that they had not told their employer that they had diabetes.

Although people without diabetes do not generally view it as a stigmatised condition, but their experience suggests that stigma is widespread. For instance, those who take insulin can feel stigmatised due to the association of injections with illicit drug use. The effects of hypoglycaemia (severely low blood sugar) is often mistaken for drunkenness, or for mental illness or epilepsy—conditions also subject to social stigma. The association of diabetes with obesity often creates blame and negative stereotyping—gluttony, laziness, unhealthy lifestyle and personality problems—although diabetes is the result of complex biological and environmental determinants.

The awareness that stigmatisation is one of the major obstacles to the improvement of care is gradually growing. Campaigns and legislation are being introduced across the world to reduce stigma related to illness and prevent discrimination in the labour market, in housing, and in other walks of life. The healthcare sector, that does not engage very actively in the reduction of stigma or in efforts to eliminate the discrimination that follows, is also changing.

One such effort is Language Matters Diabetes, a global movement that discusses the language used in different types of diabetes. Initially inspired by Jane Speight and Renza Scibilia in Australia (2012), Language Matters Diabetes has evolved as a concept over the last few years and continues to gain strength: from the USA led by Jane Dickinson (2017), the UK as coordinated by the NHS (2018), India (2020) and Latin America (2020).

As Language Matters Diabetes gains wider acceptance and understanding in the medical fraternity, guidebooks are being compiled to provide practical examples of language that make the conversation around diabetes more comfortable and empathetic, encourage positive interactions and outcomes. These can help doctors to examine their own behaviour as well as ensure that they spread the right knowledge, attitude and information among people around them.

Going by the advice of the Language Matters Diabetes guide, here are some examples of why and how insensitive language needs to be substituted. For instance:

For someone with diabetes, the question seems to focus on their whole life. It also ignores the daily efforts and challenges people make to incorporate the demands of diabetes into their lives.

‘It’s probably one of those non-compliant Type 2 diabetics who couldn’t care less about looking after himself.”
People with diabetes are often held up as ‘threats’ or ‘bad examples’ to others with diabetes. Instead, try to find ways of describing a person’s current situation rather than providing an opinion.

“Should you be eating that?”

People with diabetes often feel criticised about their food choices and eating habits. Healthy eating education is important, but putting this advice into practice can be a struggle. So try shifting the focus from the ‘what’ and ‘how much’ of eating to exploring the reasons why someone eats the way they do.

“I hate diabetes. It’s so hard for me to control what I eat and do everything, it is a big effort.”

Such sentences may indicate the presence of diabetes distress, a clinically recognised response to the often overwhelming demands of managing diabetes daily. So address such comments by exploring the ways diabetes has an emotional impact.

“I have been a bad diabetic, I know you are going to tell me off’
If a person who has diabetes refers to themselves as a ‘bad diabetic’, or similar phrases, this may suggest that they have been made to feel ashamed of their condition. So try to avoid words such as ‘should’ or ‘can’t’ or ‘must’ or ‘must not’. Instead, think about using ‘could’ or ‘consider’ or ‘you could choose’. In general, do not use words like ‘failed, ‘patient’ with diabetes (‘person’ is a good alternative), ‘disease’ or ‘suffering’ with’ or ‘burden’.

We are proud to announce that we have been selected as India’s No.1 Diabetes Hospital (in Private sector) by THE WEEK – HANSA RESEARCH SURVEY 2020 for the 7TH consecutive year!!! Dr. Mohan’s Diabetes group awarded as Excellence in Quality of the year 2020 by Tancare and FCCI. Dr. V. Mohan was awarded a Lifetime …