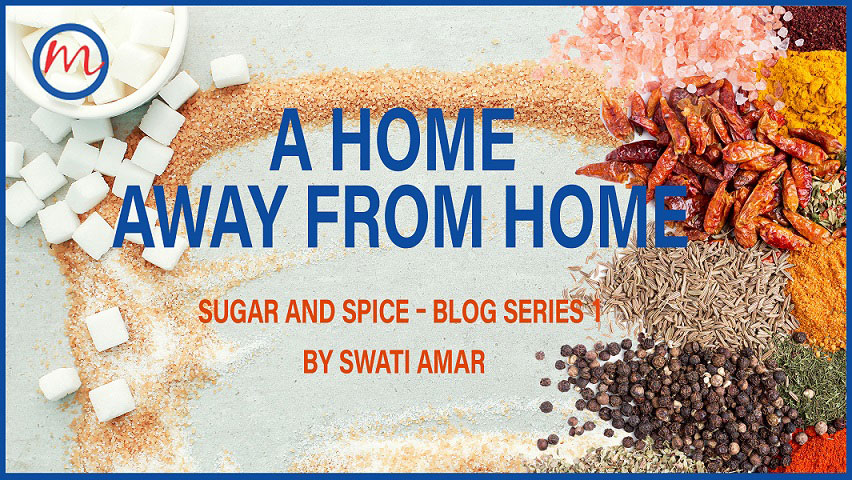 For a long time I have been contemplating on doing a series of articles about families that are living with a Type 1 diabetic child, the travails of the child, how the families create a nourishing and supportive culture to nurture the child, how they have to put up a brave front to face the ignorance as well as differential treatment given to the affected child by the outside world and how a group of medical professionals who are constant companions in their journey together, become the most important people in their lives. The opportunity has arisen now and I am happy to write in this website, which I strongly believe is rendering an invaluable service to the diabetic community across the world. I have titled my series, “ Sugar and Spice’ and believe me, the journey with a T1 D child in the family is indeed eventful and filled with a lot of joyous moments as there are anxiety-ridden times.

I would like to begin my series by offering my tribute to Dr. Rema Mohan whom I have had the fortune to meet, when I took my daughter for eye check- up some years ago. In every brick and mortar of Dr. Mohan’s Diabetes Specialities Centre, her exclusive touch can be felt as much as in the exemplary culture she has set up in this remarkable centre along with Padmashri Dr. V. Mohan. Together they have built up a legacy which not only Chennai is proud of but the entire global diabetic community whose lives have been touched by their varied services, treatment and care, research, counselling and writings.

I will conclude this intro piece recalling how Dr. Mohan became an indelible part of our lives and our first providential meeting. It was about three or four years since our first daughter Nischinta was diagnosed with Type 1 Diabetes. I had been writing in newspapers and magazines around that time and I met Dr. Mohan when I had scheduled an interview for a publication.  I was asking quite a lot of questions using medical terms, especially during a time when Type 1 Diabetes was not common. He was surprised and asked me how I knew and whether I had a medical background. I told him that our daughter was a juvenile diabetic and also expressed my concerns about the treatment that was going on where she was subjected to certain tests for research purposes which I felt were unwarranted and put her in a lot of difficulties.

He immediately told me that their hospital offered free treatment for children with T1D and asked me to join their scheme. We were sailing through difficult times then and it came like a huge blessing. Since that meeting, our daughter has been under the direct care of Dr. Mohan and his well-trained team for several years till she grew up to be an independent girl who left our country seeking her passion. And during all these years she received free annual tests and treatment without fail.

My husband and I have no words to express our gratitude to Dr. Mohan and his team for the kind of personal care and service our daughter received from Dr. Mohan’s Diabetes Specialities Centre, which became a second home to us. It is here our daughter learned how to manage her diabetes independently and grew up to become the confident woman she is today, under the nurturing care of Dr. Mohan and his capable team. Dr. Mohan became a mentor for Nischinta more than a doctor and grew to snare a special place in her heart, as much as in ours.

We are overwhelmed with gratitude for Dr. Mohan who has been working tirelessly for several years, establishing a legacy of exemplary nurture, care and treatment for millions of people across the world, fostering research and innovation in prevention, care and treatment of diabetes. I pay my obeisance to these exemplary medical professionals in centres like Dr. Mohan’s Diabetes Specialities Centre, International Diabetes Federation (IDF) Juvenile Diabetes Research Foundation (JDRF) and other such exclusive medical institutions for #people with diabetes, who are going about silently making a huge difference in the lives of distraught people, bringing them hope, fostering good health and a promise of purposeful lives.

Swati Amar is a journalist, author, media entrepreneur and consultant and an advocate of social issues.  Holder of a Master’s degree in Psychology from Delhi University, she worked in State Bank of India as an officer and resigned after five years. After a brief stint abroad, she returned to India and took up professional writing as a full-time occupation in 1995 following a brain tumor surgery. She has written over 15,000 articles in English and Tamil. She is a Member of the Chennai Press Club.