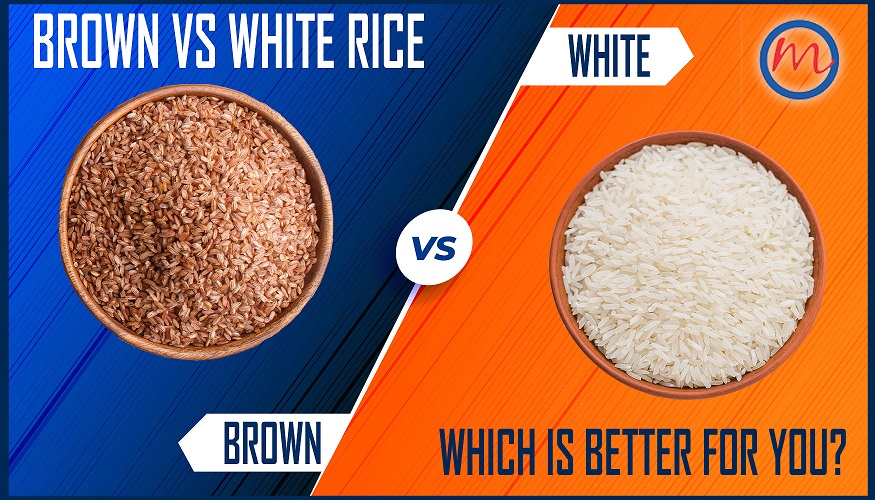 The effect of wholegrain rice on blood glucose is a new and emerging field of research. The scientific studies have largely been conducted on Western populations. Now the pioneering work of a handful of researchers is bringing new hope to the rising burden of diabetes in India. Here is one such study.

When a nation suffers from an overwhelming disease burden, it is natural to examine the dominant food people consume. The World Health Organisation (WHO) acknowledges the crucial role of diet and nutrition in the prevention of chronic diseases.

India is often called the diabetes capital of the world. And scientists are probing the link between the disease and the way we eat now. Staple foods are under the scanner.

Dr Viswanathan Mohan, along with his collaborators, has been studying the role of the common cereal staple, white rice, behind the rising diabetes prevalence.

Here is a review of his research on improving the Indian diet by replacing white rice with the nutritious whole grain, brown rice. The research was conducted by the scientists of Madras Diabetes Research Foundation, Chennai, India, the Harvard School of Public Health, Boston, US and the Brenner Centre for Molecular Medicine, Singapore.

The study was published in the peer-reviewed journal, Diabetes Technology & Therapeutics in 2014, as “Effect of Brown Rice, White Rice, and Brown Rice with Legumes on Blood Glucose and Insulin Responses in Overweight Asian Indians: A Randomized Controlled Trial”. This is a simplified version of the scientific study, to make it user-friendly for people with diabetes and other interested readers.

A STAPLE FOR LONG

Staple foods are foods that form the dominant part of the diet of a community or country. Typically, they are foods that depend on and develop from the soil and climatic conditions of a region. Rice feeds almost half of humanity, reports the Food and Agriculture Organization of the United Nations (FAO). Asia is the world’s largest rice-producing and rice-consuming region. India is the second-largest producer of rice in the world, next to China.

Archaeological evidence suggests that rice has been the basis of Indian diet for long, even as far back as 6500 BC. India has had some 110,000 varieties of rice—brown, red, golden, even black—typically, processed by labour-intensive, hand pounding. India’s diversity of rice has been one of the highest in the world—from aromatic long-grains to round, medium-grains, from glutinous to parboiled rice (processed differently after harvesting). In the last 50 years, we have lost tens of thousands of rice varieties in India, that are nutritious and healthy.

The rice grain has three parts. The hard outer layer is the fibre-rich bran, whose pigmentation determines the colour of the rice, the most common being the brown rice. The nutrient-rich core is the germ (the embryo) of the grain, that grows into a new plant. Bran and germ are rich in protein, fibre, iron, vitamin B and omega 3:6 fatty acids, in addition to carbohydrates. Endosperm, the tissue that surrounds the embryo, provides nutrition in the form of starch. Covering all this is the inedible protective outer shell, the husk or chaff or hull.

A whole grain contains the entire grain: bran, germ and endosperm (the husk has to be removed before rice can be cooked). It’s nutritious, packed with vitamins, minerals, antioxidants, essential amino acids and fibres. It has a low Glycemic Index (a measure of how fast the body converts carbs into sugars) and is better for people with type 2 diabetes.
It also contains compounds (lignans) that lower blood pressure, fat in the blood and the risk of heart disease. Brown rice has consistently been shown to aid weight loss and help maintain a healthy body weight.

Whole grain rice is highly nutritious but has a short shelf life. In order to increase the shelf life of rice, new milling technologies have displaced the healthy whole grain by removing both the bran and germ. The result is highly polished, starchy refined rice—or white rice—which is nutrient-depleted since endosperm is primarily carbohydrates with a little bit of protein. While brown rice has a short shelf life of about six months (unrefrigerated), white rice stays on the shelf for 4–5 years. The white rice is then processed to improve taste and enhance cooking properties. All this, at expense of nutrients.

Unlike unpolished brown rice, white rice lacks plant compounds called phytochemicals—such as polyphenols, oryzanol, phytosterols, tocotrienols, tocopherols, and carotenoids—as well as vitamins and minerals, that confer protection against cell damage, diabetes, heart disease and cancers. White rice is “empty calories,” since it loses its main sources of micronutrients, fibre, iron, and omega 3:6 fatty acids. With a higher GI, the carbs in white rice are turned into blood glucose more rapidly than those in brown rice. This is one reason why white rice has been associated with a higher risk of type 2 diabetes, obesity, blood pressure and heart disease.

Today, our diets have undergone a rapid and fundamental change, called a “nutrition transition.” It means, an increased consumption of refined carbohydrates, unhealthy fats and foods of animal origin, associated with an increased risk of obesity and type 2 diabetes.

With rapid socio-economic change, abundant food availability (at least among the affluent classes), enhanced calorie consumption, a decline in the activities of daily living coupled with a dramatic increase in sedentary activities, easy access to high-calorie unhealthy food—all contribute to the problem. Studies on the health impact of refined carbohydrates and of whole cereals are of great importance in this context.

WHAT THE STUDY SAYS

About 15 overweight and/or obese Indian adults (age 25–45) without diabetes took part in the study. Identical test meals, except for the type of rice and the addition of legumes (50 g/day), were provided for five consecutive days.

This was the first study to assess glucose profiles using continuous glucose monitoring technology (Medtronic MiniMed iPro™2) to evaluate the effect of replacing refined grains with either a whole grain or with whole grains with legumes among obese Indians.

The glycemic index (GI) values of white rice vary and are influenced by several factors, including the degree of processing, the amylose (a type of starch in rice) content and cooking time. A key point of the study is that GI values of popular Indian white rice varieties are higher compared to whole grains, such as brown rice and with legumes.

Studies have assessed the beneficial effects of low GI diets on 24-hour glucose profiles, using continuous glucose monitoring. No such study has assessed the effects of replacing cereal staples like rice in general and in particular among overweight and obese adults people in India.

This has been the first such study.