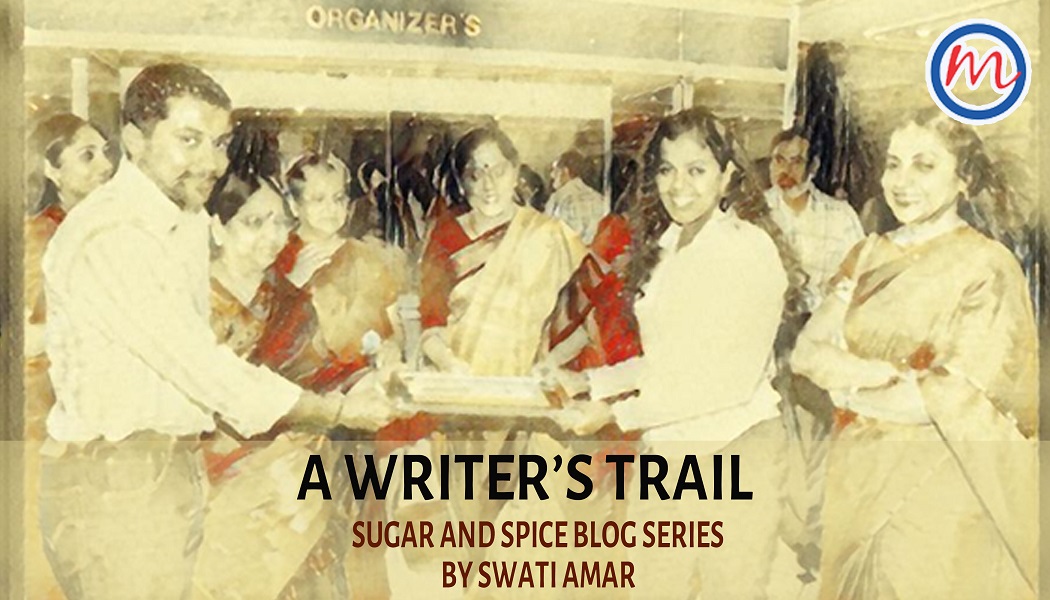 Life had changed for the better for Niky and for us once she had joined the new school and moved to Dr. Mohan’s Diabetes Specialities Centre, for her diabetic management. Here she developed a rapport with the team and also joined a support group for juvenile diabetics. She not only derived strength from these week-end meetings but also spoke to other children and motivated them to pursue their interests. Some of her best memories at this centre are associated with her interactions with Dr. V. Mohan, who became the closest mentor, next only to her father. With Dr. Mohan, she would voice her doubts and insecurities fearlessly and also get her method of self-monitoring and management validated.  Dr. Mohan, a global achiever and a change-maker in the field of diabetes himself, became her role model who inspired her to chase her dreams.  Niky also cherished her time spent at the support group meetings. “It is here I learned that I could lead as normal a life I wanted to, and follow my passion,” she says with gratitude.

Niky was chosen as the editor of the school magazine where she introduced an entirely new format for content and designing. Though she joined the humanities group to study English Literature that could place her at an advantage as a writer, she developed immense respect and love for her Economics teacher and took great interest in Economics. Her love for Economics fetched her 99% in ICSE Board exams, the highest any student would ever get in economics. She later took up economics for her undergraduate degree in a college in Chennai.

While studying in this school, Niky participated in several inter-school cultural festivals and won many awards in spoken events, painting, music and writing. Her short stories won prizes in Scholastic India and The Children’s World and were published. She also won silver medallions for her writing in Shankar’s International Writing Competition that saw the participation of children from around 165 counties, for two consecutive years. These medals were given away by the Prime Minister during the first occasion and the President of India, the second time. Unfortunately, the first time, she was in the hospital, recovering from one of the hypoglycemic episodes and could not attend the ceremony. She was devastated. However, the next year she won the medal again and received the medal from Dr. A P J Abdul Kalam with great pride.

Niky was disappointed that we did not allow her to join St. Stephen’s College in Delhi where she got admission, which could have opened a deluge of opportunities and contacts for a career she was planning to pursue. As parents, we did not want her to live in the college hostel in Delhi alone, managing her diabetes. She finally took up B.A. Economics in a city college and continued writing for newspapers and magazines. College life gave her a lot of time to write and involve in extracurricular activities. She had already completed two novels for children during her school days and had now started writing a young adult novel. In college, she took great interest in music but realized that all opportunities went to another girl who was the daughter of a popular playback singer.

Life in college was exciting but also had its own share of heartburns. For a girl who was engrossed in her own myriad pursuits, Niky did not mind how differently she was being treated by some girls who came from privileged families, or how they were favored by some teachers. But it hurt when help was not forthcoming in times of need. When the college was planning to take the girls for a trip to a hill station, Niky had to convince her teacher that she too wanted to go with them. We were a little apprehensive too, but she was able to impress upon us that she would be able to manage.

As luck would have it, during the last minute, the suitcase handle came off and she had to change her suitcase in a hurry. In the process, she forgot to shift her wallet to the new box. On reaching the destination, to her horror, she found that she did not have any money on her. With some difficulty, she got a little money from a teacher to buy water bottles. On one occasion, a group of girls invited her to have coffee with them after a local tour. She had her coffee and thanked the girls.

To her surprise, one of the girls, who belonged to a family of cinema and medical personalities, asked her to pay for her coffee and when she said she had no money, the girl taunted her saying, “If you did not have six rupees to pay for a coffee, why did you join us?” Niky gave back the six rupees when she returned to Chennai. This is one instance, which throws light on the fact that we need to teach our children and young adults to be sensitive towards others, especially to those who have health issues.

Niky continued to write for The Hindu, The New Indian Express, India Today and other publications. She won the Duchess Club Real Woman Achiever Award for her writings in national newspapers and magazines and received the award from actor Surya.

Niky became a finalist in Miss Sarang contest conducted by IIT Madras, winning several rounds of competitions, which was probably the first window that opened up for her to become a writer. Here she met a student of Business who wanted to collaborate with her to write on entrepreneurs for The New Indian Express, where she was writing. They ran a column together for a few weeks and then the idea of a book came up. Thus,’ The Voyage to Excellence’ was conceived, the first-ever book to be written by a student on 21 top women business leaders of India.

Her associate who partnered with her in this enterprise requested to be mentioned as a co-author and the book rolled out in 2004. But the networking, interviews in Mumbai, Delhi and other cities as well as the writing process were very challenging. Niky did not mind the challenges as long as she could follow her passion.