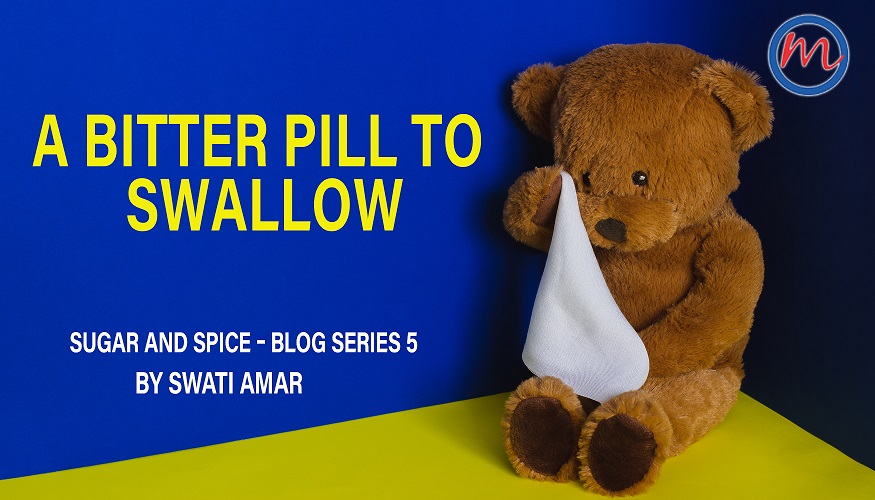 My formative years in Kerala and later exposure to Kolkata, coupled with a Master’s degree in Psychology from Delhi University had transformed me to a socialist and a staunch believer in equal respect for all humans. Lakshmi, the care-taker of our daughter Niky was from Chennai and we treated her like a family member. She was given access to everything in our house that any family member would have.

She even lit the lamp in our Pooja room on days when I returned home from the office a little late. We were living in a complex of upmarket flats where colleagues from my husband’s company lived as neighbours. My career was progressing well and I had appeared for the prestigious foreign dealing officer’s examination, which could open global corridors for me in my bank.

Around this time the news of my father-in-law being unwell reached us and my husband went to Chennai to be with his father. Unfortunately, he passed away and I had to leave for Chennai with our daughter. We decided to leave Lakshmi with our best friends, Annie and John, our neighbours, with whom Lakshmi was very comfortable.

We returned to Kolkata soon after the ceremony and I found that there were little cues around our house indicating something was not right. Annie informed me that Lakshmi used to go to our house and spend hours cleaning it everyday. I spotted her wearing a chain with a cross around her neck. On inquiry by me and Annie, we found out that Lakshmi was intimate with an old man whose grandson she used to play with. I had spotted him drunk on the roads several times. He belonged to Madras too. 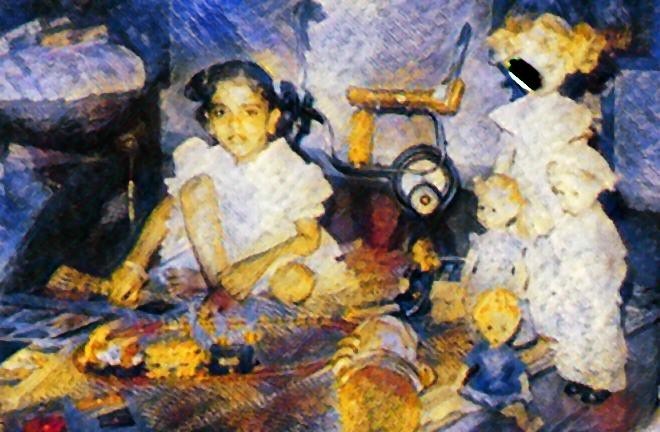 We counseled her and decided to send her back. At this, on the pretext of some chore she went out of our house which was on the first floor. I had been upset and had decided to stay back home. I was feeding our girl when a watchman came and informed me that our maid was found unconscious in a bathroom meant for domestic helpers, which she had never used before. I rushed with Annie and we found that she had consumed an insecticide. With help from the watchmen, we put her in Annie’s car and Annie drove us to a hospital nearby.

The hospital stamped a ‘poison’ case on her admission card. To cut a long story short, Lakshmi was not in any danger because she had consumed very little insecticide but had to have a stomach wash. She stayed at the hospital for a few days and I never went back to the office.

I was checking on her every day but she complained of constant stomach pain.  One day, a nurse called me out of the room and admonished me saying, “ Can’t you see that she is taking you for a jolly ride? As soon as you leave, she is watching TV all the time, and enjoying her stay in the air-conditioned room you have arranged for her. She eats biryani and orders delicacies from our canteen. I think you should discharge her immediately!” So much for my trust and kindness toward her!

We needed to plan her discharge carefully. We booked train tickets to Chennai for her and for me and brought her to our home in Kolkata. When I asked her to pack her things so that we would take her to our home in Madras for a few days, she pleaded that she would not go to her home. She fell at my feet for saving her life and apologized for her behavior, disclosing that she might not have treated our child properly, despite our kindness toward her.

I felt the earth slipping under my feet even as I realized that we had no inkling of what treatment our child had been subjected to. Ever since this girl had come, we had noticed that our child was prone to temper tantrums and once she had developed stammering for some time, to which the girl’s explanation was that they had been chased by a dog. We had had to take the child to a speech therapist to help her come out of the stammering. All this had seemed innocuous to me as I was confident that the care-taker would reciprocate the same kind of affection we had displayed toward her.

I boarded the train with Lakshmi, but while boarding I realized that I was not able to move my left arm, which was probably a symptom of a life-threatening condition I was later found to have. But at that time, I thought it was due to the extreme stressful situation I was placed in. Despite that I was determined to go ahead and remove the girl from the scene for her good as well as our daughter’s. I was afraid that she would jump out of the train and decided not to leave her alone. On reaching Chennai, straight from the railway station, we took Lakshmi to her home and left her with her mother, who had been briefed earlier. That was the last we saw of that girl.

On return, I had to contend with my child, whose behavior seemed different now. She was just about three, felt insecure and probably also knew something was not right, being a highly perceptive child. I quit my job and stayed back, trying to involve her in different activities and hobbies in the hope that she would forget the past. But I was apprehensive, considering that she was a kid with an extraordinary memory.

For the first time ever, I am writing about these unsavoury events that had caused a lot of turmoil to the young couple we were and our innocent little girl. We however did not know that life was preparing us for the worst yet to come!

My intention of disclosing personal details in this blog is to create an awareness among parents of normal children as well as gifted and special children to be vigilant about who and what circumstances their child is exposed to, at all points of time. Back then, more than two decades ago, there was more trust among people. Today we live in a difficult world where threat to safety is a major concern. However, there is technology that can help many working parents constantly monitor their child and their caretakers.

Another reason is to bring out events and circumstances that can cause stress for children, a precursor for T1D. My belief is that autoimmune conditions may stem from interplay of constant exposure to stress, genetics as well as the nature of the child itself. This understanding can help parents create transparent and open channels of communication in the family and stand by their children, whatever the circumstances. That is the best thing parents can do for their child.

Note:  In this series, I will be putting down facts and events that have happened to me as a matter of fact. Anything I say in these articles is based on my own understanding and experiences and not on any scientific research.  I would also like to mention here that I would be drawing upon those experiences of my eventful life, which I believe are relevant to the discussion of the emergence of autoimmune conditions in my child, who we think is different from many other children. I will be trying to make it as relevant to parents of T1D children as possible, but with a plea not to infer anything, compare or follow any of the practices we as a family followed. Simply because, every family is different, every child is different and situations are different too. The takeaway should be confined to the existence of various possibilities, opportunities and a positive approach toward creating a fulfilling life for your child.